The nightmare trip to London 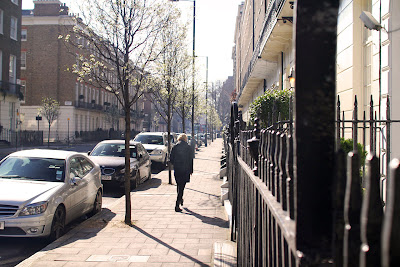 I travel around a fair bit as you've probably gathered if you're a regular reader of my blogs over the years. Each year I have one trip which ends up being s complete nightmare for any one of a number of reasons. As I had to pop down to London last week to have a few meetings it should have all be straightforward...but oh no! That'd have been way too easy.

The 1st day went great, did a few meetings all went well, bumped into Robert Llewellyn who was doing some voiceovers and had a short chat with him about the 'Mad in the Med' Tv series he's done narration for and that I worked on for Danny John-Jules. Afterwards I had a few drinks with a mate from Cinesite. Yeah I was at a bit of a loose end on the night-time after that but it gave me a chance to rest for the next day. The next day was a bit worse a few meetings were cancelled due to some internal stuff meaning I had the day to myself...cool eh? Well it would have been if I'd been able to get in touch with anyone and it hadn't been pissing down with rain lol. So I had a walk around baker street that night and spent the rest of the time in a hotel room where the window faced a bloody wall. So that day was a washout and I was bored out of my head as those of you who were reading my twitter stream will already know. 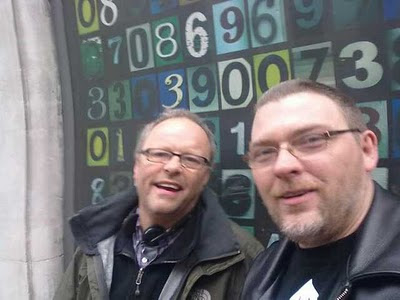 But this boredom paled into insignificance next to the next 2 days (you'll know about the 1st of these 2 days if you were on Facebook or twitter but not the latter which is a real doozy). I woke up the next day and needed access to my emails and to send some files to a client so as my phone was physically dying and saying all sorts of crazy shit, including kaleidoscope screen and all manner of crazy stuff I went out on the Edgeware road to buy another.

I went out aiming for an android phone and came back with an iPod Touch 4th gen lol. (As I only needed my mails etc and had a spare crappy phone at home I could use when I got back.) Apart from the iPod being blank and needing activation (resulting in a 1 1/2 hour wait in the fucking apple store off oxford street), things weren't too bad, I had a new toy to play with and life was ok.

Around 1pm things got more 'complex' as I went to the cash point at the bottom of Baker Street to get a couple of hundred quid out. On the way back to my hotel a guy right in front of me dropped something I slammed into him and when I check a short while later the money was gone and I'd been pickpocketed. I felt like a total idiot as that the oldest trick in the goddamned book! But that'll teach me for having my mind on other things.

As a side note to explain why this screwed me up a fair bit.... I always leave my credit cards behind whenever I travel back at home with my wife as it's more important she can buy stuff like food, pay the bills etc than for me to have money to dick around with,. So I use a prepaid card for when I'm away, which has the added advantage of if it get lost or stolen it's no big thing. So while my card was safe in a zipped pocket, the money was not. In fact I normally break it up into different pockets which is what I WOULD have done if I'd actually made it to my hotel with money intact.

So I was stuck with 2 more days in London and only 40 quid to my name which is not good., This meant no trips to nice places when I had time and basically 2 days of boredom to look forward to. 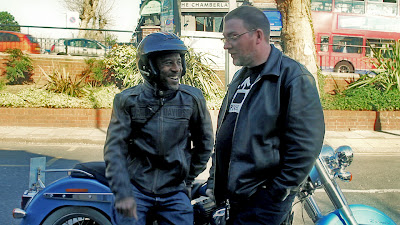 The last day I was there I had a meeting to do with Danny John-Jules (if your American etc and don't know who Danny is look him up on Google.) I have to admit when Danny tore down the street to where I was for the meet grinning his head off on his Harley Davidson roaring away it did make me smile, the guy has this infectious happiness that seems to radiant from him. The 1st thing Danny did on arriving was to check I could get a train to Kings Cross for my trip back, everything looked fine and no track problems and I should make it on time.

So after buying me a nice meal and getting the meeting done we did few pics and some film and I went for the train, only to find it wasn't running! I quickly I jumped in a cab and tried to get to Kings Cross on time. My heart sank when the cab driver said 'Son you're not going to make it for 3pm even if you had a fucking helicopter!' But I thought 'hey, I'll be ok I can use my ticket on the next train to Durham right?'....WRONG!!!

So I was stranded in London with at this point about 20 quid to my name, no cards and no way home. The battery on my dying phone was depleting fast and I had a massive problem. Luckily a Danny came to the rescue and sorted things out , now I should point out this took quite a few hours , a lot of phoen calls and the guy went way beyond the call of duty, I honestly don't know how many other people would have put as much time into trying to get me back as he did. With a bit of fast talking from me and being very nice to the train people on top, I made it back.

In between all this due to the stress of me thinking I as stranded in London I'd left my canon 550D and the equipment in a bag in the waiting room!

Now like anyone who has a realistic outlook on life I thought there was zero chance I'd ever see it again, but did the rounds asking if anyone had handed it in anyway...no luck. I was about ready to jump off tower bridge at this point as the day couldn't get any worse could it? Thankfully it didn't I went back into the waiting room...and there sitting exactly where I left it AN HOUR LATER was my camera bag with a lot of money's worth of gear in it. So there are still a lot of honest people about in London, which I have to admit surprises me in this day and age. So off I went for my train happy and smiling that at least some things had went right in the end.

Although they've stopped the free WIFI on the east coast mainline now for all but 1st class passengers..the bastards! But it was nice to get back home, and hopefully that's this year's nightmare trip out of the way. (Last years BTW was Iceland, but that's a whole other story!)