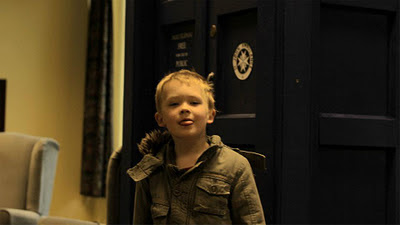 You see this 6 yr old little monster above? That's my son Kane, who besides seemingly trying to send me and my wife crazy... is obsessed with art and has come up tonight with an amazing technique to break out of the box when concept sculpting. It's not often I see a technique that literally changes the way I sculpt them, but also I feel is so good that I am compelled to share it. 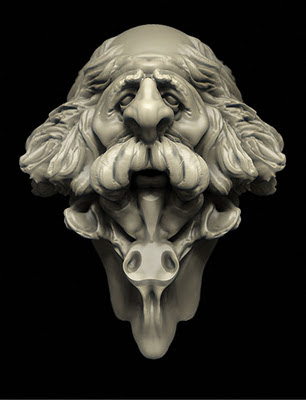 The theory behind it (that I'm sure Kane had no idea of when he come up with it tonight) is similar to when a 2d concept artist maybe use a series of random shapes and then similar to a Rorschach test 'see' the idea within it and then flesh it out. Sort of in a similar to one of my favourite apps 'Alchemy' does in 2D. The beauty of Kane's idea is that it's exactly the same thing but in 3D.

If you take note of the 1st few seconds of the video above, you'll notice I create a random shape in Zbrush (as Dynamesh works perfectly for this), and then use a series of random placements of lips and noses to create and interesting shape. Then I see in this some things I meld together with the clay build-up. I keep this up until the sculpt 'emerges' from the randomness. Then it's just your usual concept sculpting / speed sculpting.

Obviously this is not just limited to using noses and lips..you could use any low-ish res shape at all, but I urge you if you're a sculptor to give it a try. I ask only one thing that as my sons came up with this wonderful idea that he does get credit for it and not ripped off wholesale as has happened to idea of my own in the past. He's 6 years old and to be honest it'd be a bit fucking harsh if the 3d world starts using this and then 'forgets' the little boy who came up with this wonderful idea. I'm sure many will lay claim to this technique, but the bottom line is this...no one shared it with the digital sculpting world.period.

This could be done equally as well in 3DCoat as well of course....although not as easily in Mudbox as you'd be reduced to using vector displacement stamps and stencils.

Now in my workflow at the point this video gets to mid res / locked down(ish) I'd export to Mudbox and continue from there and only retop if the design was approved. (Until if / when mesh creation that could be used for this appears in Mudbox, which i would hope it does.) The strong part of this technique is that as artists we can often get locked into a family of shapes and forms that we find ourselves treading out time after time and that can lead to staleness. I often feel that models done in a group can end up feeling stale to me using the same shape language. This forces you kicking and screaming into new shapes and forms. To me that is probably the biggest change to my concepting workflow I can get!

Hopefully many of you can see the power of this way of concepting once you give it a try. I'm calling it The Kane Technique.