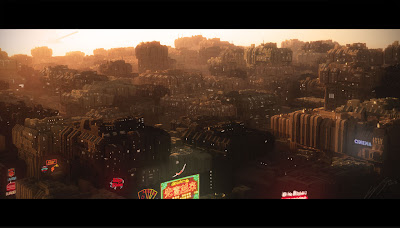 No idea where this one poppe dout of from my brain, no my usual style...or subject matter.......consider it a dick around and nothing more.

Its just been announced that I will be lecturing at this years End User Event in Utrecht, Holland on the 27th & 28th June.   I'm not going to say just yet what I will be covering, but I can tell you what I wont / can't.   As th film I was 3d supervisor on, 'Last Days on Mars' is not out yet I cannot cover or show anything from that (I rather like my genitalia intact thankyou very much, which they would not be if I showed anything early lol).

I'm actually in a position where I now have enough stuff I could theoretically lecture about to cover the whole event by myself if need be.  So as I've spent a lot of the last 12 months 'off grid' it means I now have a lot of cool stuff I can cover and show.  So I have plenty of cool things to choose from.... I'll cover more specifics nearer the time.

Now on a more personal note this years EUE is rather a special one for me as it was there 2 yers ago that i had my stroke, I had last year off as I was still recooperating and to be honest I didn't want people to see me until I was back to what passes for normal.   So as EUE has always been a sort of mini Holiday for me to catch up with a lot of 3D mates, this one is a little special for those reasons.

EUE is an amazing event if you havent been there before, it is also a very important networking event for many of us aside from the lectures, drinking and stuff.   Its like a mini siggraph in a pub with the best mates you have never met.  I'm hoping for the usual great weather and over the moon that for one year its not on my sons birthday lol.   So get your backside there on the 27th & 28th of June and I can gaurentee you will have an excellent time and be sure to have a few pints of Hoegaarden.

Fingers crossed a few members of my screen scene 3d crew will be visiting as well.... if so this will mean at least 3 Bulgarians in one place (including screen scene alma mater Hristo)... so your liver may need preparation should this occur lol.
Posted by Wayne Robson at 06:35