As of tonight I have closed the forum I started back in 2008 Mudbox Hub. I had handed its day to day running over to Cris from 3D-palace.com but Cris had neither the time or mudbox experience to keep it a vibrant place (as he was too busy with his own business understandably). As such it had been on a downhill slide for a while and was dying that slow death that forums do when they cease to be as active.

So rather than see it die a horribly slow death, I have killed it tonight, it now forwards to mudboxLIVE.com where there is over 46 Hours of my videos and DVD's for free with no adverts or forums to run or sidetrack you. As these days most digital sculptors use or can use more than one app I feel a dedicated forum is no longer needed and can be in some cases overly divisive between artists.

As Mudbox 2013 has just been announced it also gives it a clean start with no external forum interference. (This also saves me about 10 gigs of server space lol.)

"What if you never had to remember hotkeys""What if something actually did as you told it to?""What if you could get rid of the entire interface for an app?"

You know every now and again I have an urge to do something crazy while waiting on a render or such like. Occasionally I come up with a pretty nice idea such as 'Waynes Vector Displacement shader' (which was the 1st for mental ray), or MudWalker (which spawned a host of clones) or things I never got around to releasing such as ReDucto my own uniqiue polygon reduction algorythm .


youtube link in case other one is blocked in your country

I also come up with some crap no one see's and is of no use to anyone but me.... so which is this idea? I'll let you decide. What I will say is yes this video is real and I am operating mudbox by voice control alone. Its very easy to do (I'm suprised no one has done it up till now to be honest), and is intended to augment my usual sculpting workflow so I can maximise screen space and get rid of all the menus when working or lecturing. That is its only purpose.... plus it can be expanded to other apps.

As Mudbox 2013's feature set was announced today I thought it seemed as good a time as any to show this. Even more so as this only took about an hour to get running and working 99.9% from initial idea. So it could be something you as an artist find nothing more than a 'toy' or maybe you can see how it frees up things to concentrate on the sculpting and texturing. But in the words of the Oracle from the matrix films "You'll just have to make up your own damn mind".

What you can't hear as you can only hear it over my headphone's, is on mudbox start up you hear a certain voice saying 'what is thy bidding my master?' lol. 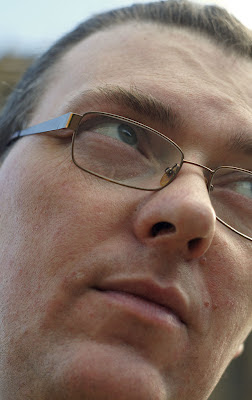 First off I have to say in all honesty that this last few days have been not exactly fantastic. But as with anything , you can gaurentee when things are busiest and going far too well (all be it with an impending deadline) shit will go wrong somehow. Its known as 'paddy's law' in these parts... 'if something can go wrong...it will'. There is also 'Wayne's ammended version' which goes "If something can go wrong it will...if it can't, then it will still find a way to fuck you over right royally'.

I was banging onwards with the texturing stage of the cathedral complex (complex in both name and nature) when in the spaceof 24 hours 1st my main PC went down...then my laptop went down. The PC was due to the CPU dying, the laptop...weel, thats any buggers guess. (To be honest I'm not even thinking about getting that fixed till the cathedral is done).

This leaves only my son's laptop I bought back in 2009 and little more than a calculator on modern terms and certainly never in a milion years capable of loading the cathedral complex max file. Then there is my wifes pc which I dare not touch on pain of death as each time I do something screws up, so best bet is to leave her to it lol.

So PC wise I'm sort of screwed until a new pc arrives so I can finish the cathedral model and scene's. Now luckily in a moment of madness I had bought an ipad the day before, while I can't do meaningful 3d on it, it does mean I could get in touch with Mike Seymour over at FXPHD and say 'shits gonna be late'. Also Mike was nice enough to forward some payment long before due to ease things buying a new PC (as suprise suprise...I don't budget for a new pc every week or laptop repairs lol. )

Mike's an absolute diamond for that and means that I just have to wait for the thing to be delivered. Of course there will be the usual 2-3 days to reset things up then I'm good to go again. now this isn't my scheduled 'upgrade' this year, just a mild one to get this model and its scenes done and out the door. So being to all intents and purposes 'offline' is driving me crazy, although oddly enough when I am away working on site somewere it never does if there is no internet in the hotel. So yep thre may be a short delay till the next FXPHD class but then its all systems go and 'ahead warp factor 10 Mr Sulu'.

Yes some files havebeen lost but I do have some backups so its not as bad as it could have been thank whatever passes for a god in this universe.