This has been an odd old year, where on the surface it may appear I've done not that much, when in reality I've been fairly busy on both personal and work fronts. But first off lets cover the personal side, which is something I rarely do.

At the start of the year I was in a VERY bad place mentally, I had spent quite some time in a dark place mentally and my depression was worse than it had ever been in my life.  I was to be blunt, suicidal.  It was a make or break moment after many challenging years on the personal front and I realised that I really REALLY had to go and get help if I was to see the end of the year.
So I did.

I went to councelling and although at the time I thought it was going to be useless, I agreed with my wife and family to give it the best go I could.  But against all my expectations it bore fruit and I was back to my old self (some would say better than my old self) by about early May this year.   I know that depression and mental health ssues are taboo in this industry, but I feel after 20 odd bloody years doing this its a bit shit if I cannot be 100% honest about it.

Will I still have bad days from time to time?   Yeah of course! But the difference is now I have the tools to sort it out and keep myself form going into too dark and area.  Its without doubt my biggest personal acheivement this year.


Work wise I spent from May till the start of October working on something for a company in L.A. I cant say at the moment what that is but it was rather cool and I enjoyed working with them and they with me. 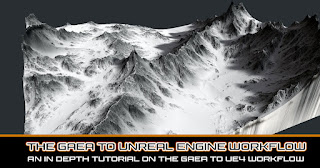 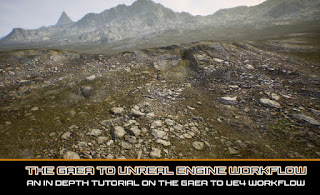 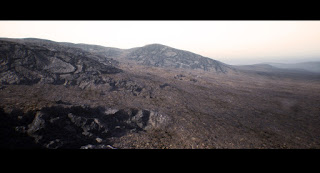 I put out two tutorials on Gumroad,  Gaea A Practical Guide on the new application Gaea put out by Quadspinner (that really is fantastic to work with) and The Gaea to UE4 Workflow which covered unsurprisingly the workflow for getting stuff  from Gaea to the Unreal Engine. Both did very well and continue to sell. (...and most amazingly so far have not been pirated as far as I know! Which is a 1st ever lol.)

I was also give Autodesk Elite status which was very cool. 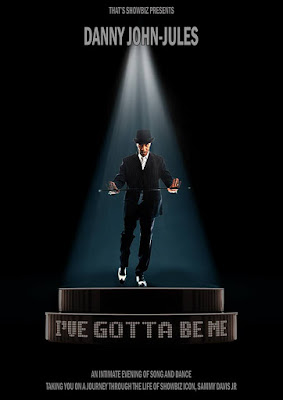 I did the poster for my good mate Danny John-Jules one man show that is still touring the country. I like working with Danny as he always has a very clear idea of what he wants, which makes life easier.  Danny of course played 'Cat' in the TV series Red Dwarf (in fact he still does). 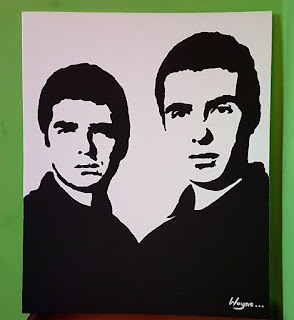 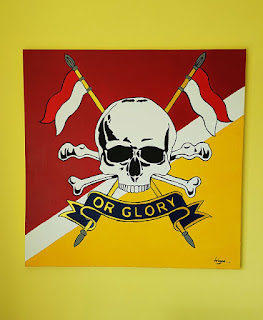 Paintings wise, I didnt do as many this year. In fact I only had time to do two.  With the last one done on xmas eve.

In regards to the music side I've been playing mandolin with slide guitar legend Gypsy Dave Smith every monday at my local the famous Turf in Consett, and we have an all acoustic album we are releasing shortly.  Its real old style blues and folk stuff recorded the old way with just two microphones, no effects, no PA...just two instruments and a voice....and nowhere to hide! To be honest it is something very special that I am proud of. One of the many reasons is as this time last year while I could play the mandolin, I certainly hadn't put any decent time into it. This year I decied to fix that and it means I can now fly around a mandolin very easily without even thinking half the time.  So I'm a pretty damn decent mando player these days ;)

I also spent some epic ammounts of money this year on instruments, effects etc.  Which to be fair was warranted.

My plans for next year:

Lets see how many of that lot I manage by next year lol. Last year I put:

"So what do I ask for next year?  Well being realistic, simply that its less shit than this year, even if only by a little and that some interesting projects come along. Also that the personal life crap takes a backseat this year so I can crack on doing what I love."

So I checked those boxes for once.  The next blog (as its nearly 2020) will be a retrospective of the last 10 years.
Posted by Wayne Robson at 04:33 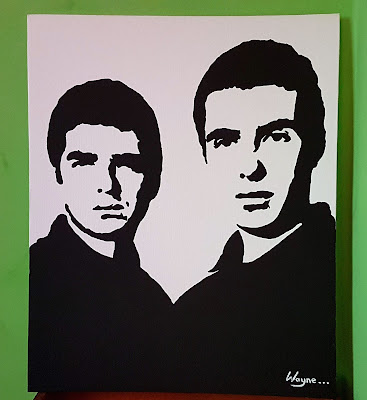 This painting has a rather hear rending story behind it:

A week ago my 14 year old son was over and suddenly asked me "Dad how much would it cost for you to do a painting of oasis?"


"Why?" I asked knowing he isnt an Oasis fan.

Well it turns out a freind of his lost his mam and lives in local authority care as there is no one left in his family to take care of him. His mother was a big Oasis fan before she died and every time he has some spare money he buys something to do with Oasis and puts it on his wall in his room in memory of him mother.

So I did this painting in an hour on xmas eve so my son can give it to his friend today, in the hope it helps in some small way. Besides which it wouldn't sit right with me taking money in any form in such a situation.

I hope it helps the kid.