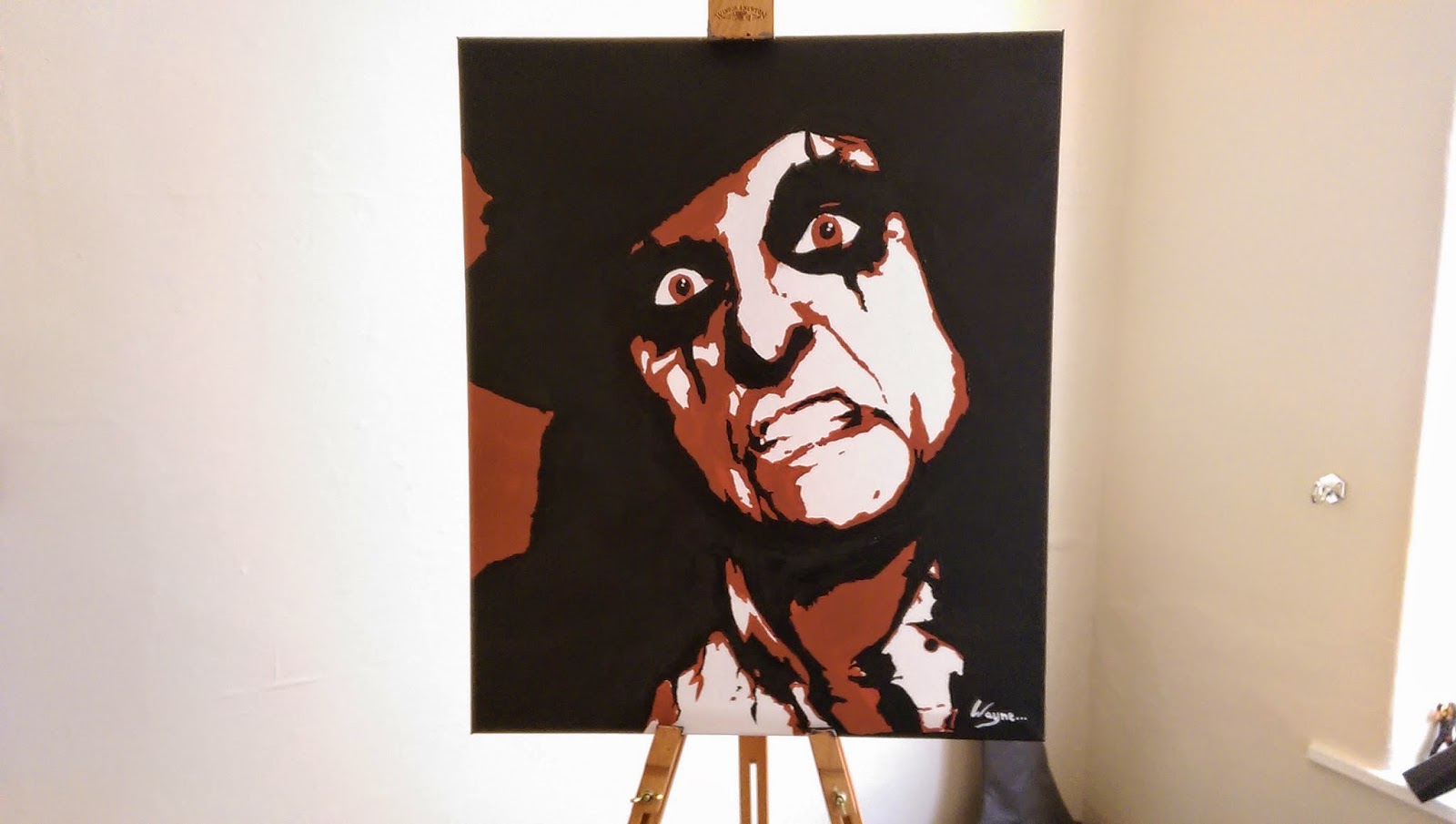 Another painting to go in my 'Hero's' series.  This time of rock and heavy metal hero Alice Cooper.  Why is he in amongst my personal hero's?  Well lets put aside the fact I have been a fan since I was a child,  and know every song inside out and can play them on multiple instruments lol and look a bit more deeply.
What the character of Alice Cooper ( Vincent Damon Furnier is the real man behind this rock and metal legend for those unaware) made me realise growing up and especially as a teenager was that showmanship matters, that it was ok to be seen by my peers as a 'bit odd' and gave me the confidence to finally run with the things I am good at.  (...and boy how I have ran the last 20 years!) I'm proud of the fact that I've went from homeless to where I am now.  (In fact back when I was homeless two things kept me sane...reading every Terry Pratchett book in the library, and an old walkman I had with a couple of tapes of Alice Cooper..little known fact that one).
I always found the exaggerated character of Alice Cooper to be very interesting, I always find it sad though that there are still some that cant tell the character from the actual human being behind it.  I picked this style for this one and colour scheme to reflect the old communist political posters... as the painting is named after a rather well known Alice song... 'Elected', it made sense.

This is what happens when I get bored...


This video is NOT SAFE FOR WORK! seriously its not... or if kids are in the rooms or easily offended types... this is a warning.

See! THIS is what happens when I get bored and have nothing do!

Please don't take this as a serious project it was an afternoon messing around for shits and giggles, but I am assuming you all know my sense of humor by now ;)
Posted by Wayne Robson at 12:42 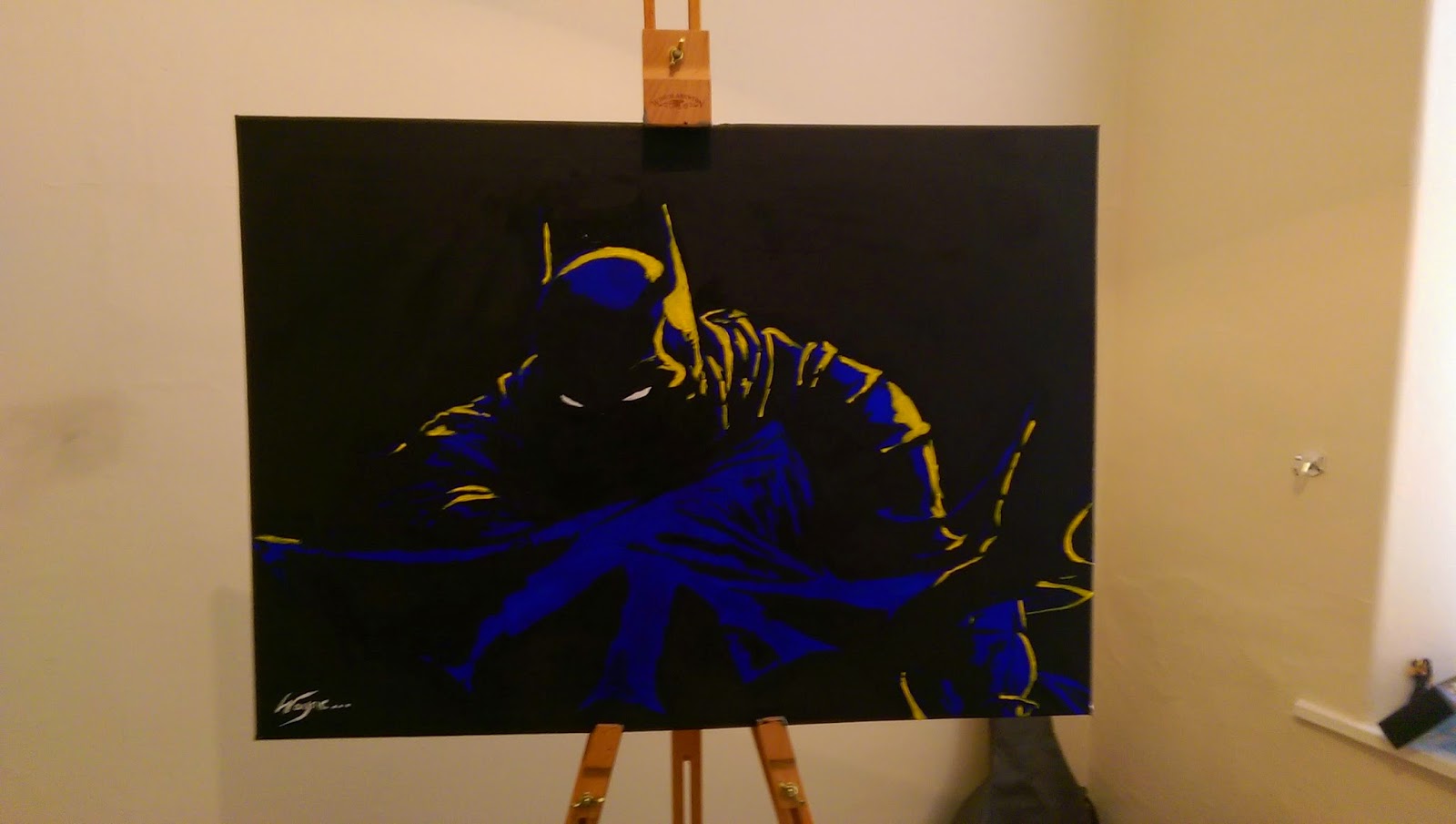 The 1st one is a painting of Batman that my two kids asked me to do a few months back....took em a while to nail down a design for the painting that I and they were happy with.  I started with about 8-10 block outs that had promise before settling on this one. 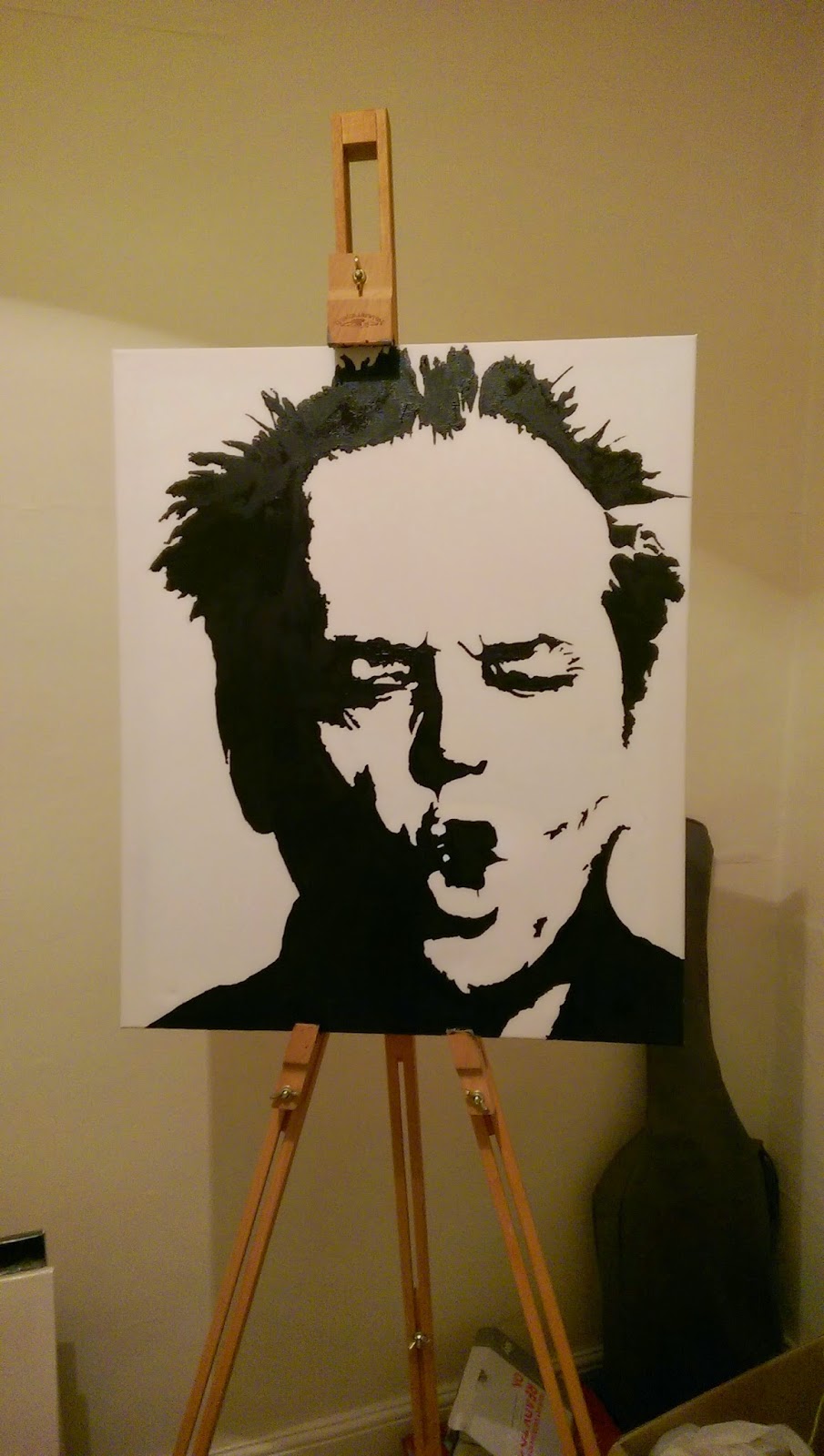 This one was just a spur of the moment thing.... as I have a couple of hours free before making my dinner.