I have two courses you can take part in this term at FXPHD. In case you missed it last time MOD301 Advanced environment modelling is being shown again, and yes this means I will be answering any questions you may have during the 10 weeks on that in the fxphd forum. Also I'm doing a brand new course MOD302 3D Digital Environments. So lets have a quick breakdown of what each course is about: 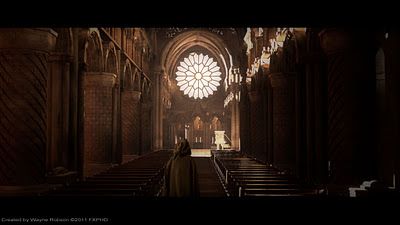 This 10 week course covers from start to final renders the creation of a full cathedral interior based on Durham cathedral for use as background to some green screen shots. The final asset is photoreal and looks rather nice even if I do say so myself. The courses uses 3d Max and Mudbox although many followed along well with Maya and / or Zbrush (as there are a few extra videos covering both. It is not a beginners course and is hard, but as anyone who has taken the course will tell you 'you will learn stuff'. 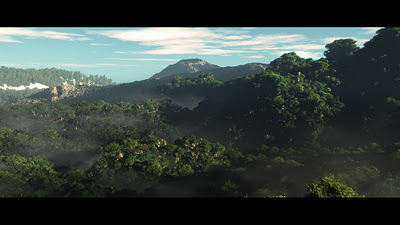 Lets 1st get out of the way that this is not a one shot course. It is also a hard course to put it mildly and covers the creation of a number of photoreal full 3D digital environments. That means no camera projection, no 2.5D cards... so basically it means no cheating. We are living as artists in an increasing stereoscopic environment where both TV and films have made the step into it. As such many of the old tricks either no longer work anymore, or look terrible if used. The only solution is a full 3D environment in most cases. 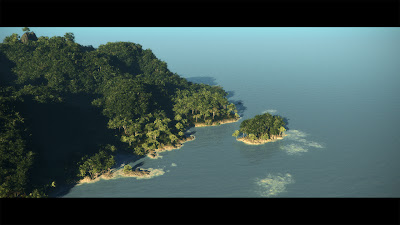 This course will be using a combination of Vue 10, Mudbox 2012 and Maya 2012 and will be using real production examples from the 'Joan of Arc' short film being made by FXPHD. Some stills you can see on the main part of my site (www.dashdotslash.net) while others you can't because...well the script isn't locked down yet. The last 2-3 lessons will cover the creation of the external shot to accompany the interior shots made during MOD301. (Although both courses have been designed to be stand alone.)

The shot we have to match the cathedral, set dressing and any environment changes to is a complex long shot taken by Mike Seymour on the Red in New Zealand. This will work the initial reveal of the cathedral, in fact I would strongly urge watching the O day video over at FXPHD to get an idea of exactly what that will entail. We will be using suppplied tracking data and not only creating the assets for the final shot but compositing them as well in Nuke so we have a final shot. 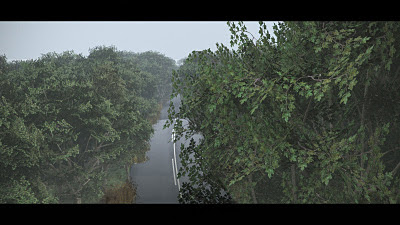 This has been a widely anticipated course since it was annouced about a week back and I will outline again this is not a beginners course and is the highest level that FXPHD run (the other levels being 100 and 200 level courses). Again this course features a series of hardcore practical examples from a high end short actually in production.

I've also been told that an interview with me is in the latest 3D Artist magazine, I've not seen it myself yet, but keep your eyes open for it. You may also want to keep your eye on the next issue as well. ;)
Posted by Wayne Robson at 03:11