Off to work at Screen Scene Dublin 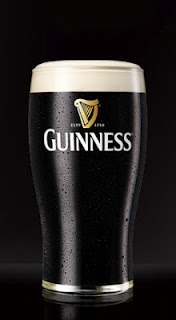 As of tomorrow night (Tuesday) I'll be working in Dublin doing on site freelance at Screen Scene for the next 5 months on a film due out next year.   I wont say anything else as I'm assuming even the title is not something they want me to mention. :)   I'll be living in Dublin and coming back to see the wife and kids each weekend.  Now this means that while yes I will still be doing some freelance gigs, non will be on site and I'll be picking stuff that doesn't need me in contact or working during the day.  Luckily my nights will mostly be free so this means I can still have some time to do some stuff.

Although technically going as a lighter, my role is sort of the last guy in the chain before sending to the render farm and composting.  My jobs to make sure everything looks as good as it can before it leaves the 3d side.

I haven't been to Dublin before (although I was due to pop over 2 years back for a mates stag thing, but a big contract came in and my rule is work comes first.)  I've heard good things both from people I know who live there and also have worked or do work for Screen Scene.  So no doubt I'll have a whale of a time.

I'm bring my cintiq over as well so you may actually see and increase in speed sculpts and doodles as its not like I can go out drinking every night (nor would I want to when working).  I cant say I am looking forward to dragging the dead weight which is the cintiq over there through airports again.   I'll be continuing my YouTube blog of course although there may be somewhat of a lull in my music side of things until i get on my feet (and probably pick up a guitar while over there).

One good thing is up till now my dell custom laptop has always been a pain due to the damn powerpack  / adapter it uses.  I am sure they wrapped it i lead as I have never seen a adapter that weighs as much.  Today I found a one in town that is far lighter.  The less I have to carry through airports, the happier I am.

Next stop Dublin.
Posted by Wayne Robson at 06:15