Release of my Classical Concept album:: 'The Ballad of Jonas Scrim' 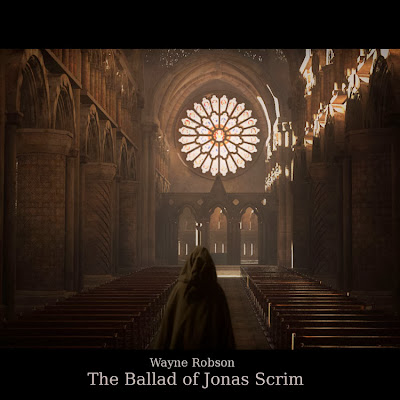 I started writing the album that would become 'The Ballad of Jonas Scrim' back around 1995 / 1997 as a soundtrack to a script I have been working on for many years.   So after about 17 years (Although to be fair I did take about 8 years away from it) its the album I am most proud of.  Its fair to say that musically its my baby.

It also breaks the whole class system divide where its assumed only rich upper class white dudes can write a classical album.  I may be wwhite but I am not rich and definitely not upper class as anyone who has met me will tell you.  Bassically a lad from a  tiny town in the north east of England isnt 'meant' to do clasical music.  I see that as rubbish.


So what is it about then?

Without giving too much away (should by some miracle the script ever see the light of day), its about a man Jonas Scrim who while considered a fantastic stone sculptor suffers from serious mental illness and in many ways is a study in psychosis.  While Jonas is doing sculptures he is sane and normal and his symptoms are minimal.  When he stops or cannot for some reason they get a lot worse and Jonas is convinced he is living in a blade runner-esque universe where he is the last organic life form.  In reality he is descending deeper and deeper into psychosis.  He sees beings he names the 'screaming leprachauns' who in reality look nothing like anything remotely you would imagine.   These increase as he gets worse and worse unable to sculpt.

Now to cut to the chase here his mental health problems get so bad that he runs away from his family and everything he knows.  Although he is never seen, marble sculptures start appearing at auction houses around the world over the next twenty years at a rate of 1 a year.

When Jonas Scrims son hits the age of 18 he goes to try and hunt down his dad who is convinced is still alive.  Meeting  a girl in a coffee shop along the way he spends the next 2 years hunting down Jonas.

Of course he finds him and is surprised to find him living in a tiny caravan in the Montana wilderness... it turns out to keep his mental problems in check, Jonas sculpted over a period of 20 years a 400m long cave full of sculptures that is best thought of as a Sistine chapel of sculpture. Jonas son is amazed but his father becomes alarmed at his sons plans to turn it into a tourist attraction.  Jonas blows up the thing keeping him sane and we end seeing him in a secure mental unit with his son leaving him  forever seeing his dad now past all hope.

The big reveal of course is we then go back to the cave Jonas blew up containing his sculptures and pan to the left 500 metres.... and see a 2nd far larger unfinished cave  contains a battle field scene called 'The attack of the screaming leprechauns'   (which have been a metaphor for the symptoms of Jonas illness all along.)

A story that explores psychosis from both sides and how everyone cam be affected.  That boys and girls is what the Ballad of Jonas Scrim is about. 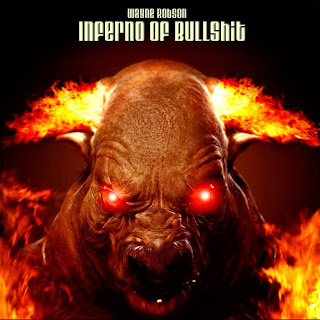 Buy it now!  (or ait until it show sup on Spotify if your Broke lol)

Now I'm not sure if 2 albums coming out for commercial release in 3 days is a sign of insanity, a midlife crisis or just common sense. I'm going to go with the latter as all 3 of the albums that will be released before years end are linked.

Inferno of Bullshit is a bit more controversial in its content, while its not full of swearing like a lot of 'Fat Funky Bastard' is, it tackles some themes that some people might find offensive.   Musically there are songs on there that were recorded about 17 years back that I have remastered and remixed, mixed with recent stuff.

So there's everything from songs about religion and its use by some as a tool of control, to racism, homelessness, governments love of control to peoples need to achieve something and leave something behind after they are gone.

Music wise this is a hybrid album of more than one style of music, we have hardcore mellow jazz, electronic hybrid styles, blues, almost folk sounding stuff along with heavy metal and some electronic stuff thrown in for good measure.  While  all three albums will work as a 'set' with the (as yet) unreleased classical album 'Ballad of Jonas Scrim' being the soundtrack to the script in my head, 'Fat funky bastard is what the son of Jonas listens to when trying to find his father, and this album is more what that word is like.  Consider it a slightly sideways glance at our own.   A world where religious leaders have turned to manipulating the populous instead of helping them, where the homeless are killed and rasicm is rife.  not a pretty place, but at times not far from our own.

The track I expect to possibly cause the most issues is 'Jonestown Massacre (Wayne V's the Rev Jim Jones).  Jim Jones of course was teh alternative cult leader who convinced an entire town to poison themselves. I took actual recordings of his 'sermons' and then did to him what he did to the religous texts he was supposed to be basing his sermons on. I cut them up and made whole new sermons saying things that he never said in his life.  But lets be clear that his is not an attack on religion, but ratjher on people who use any  heartfelt subject as a method of control.

All pretty heavy stuff, and far away for the happy stuff I normally put on my blog. But I would like to think that both other artists and clients can distinguish between the 3d side and the music side. (Although to me music is just sculpting using sound anyway, as pretentious as that sounds).

So next up will be the classical concept album 'The Ballard of Jonas Scrim'...the one I consider (if I have such a thing musically) as my masterpiece, as it has taken about 17 years to make.
Posted by Wayne Robson at 02:02

My 1st commercial music album released on iTunes, Amazon and Spotify (and 2 more on the way)

Some of you know that I have been playing and writing music for a looooooong time.  For many years I kept it private and then stopped all together for a period of about 8 years.   Last night at 7.11pm (on the 11th day of the 11th month...seriously you couldn't make that shit up) my 1st commercial album was released 'Fat Funky Bastard'


I have to say the 16 year old version of me still hidden away in my head is rather pleased that my first album comes with the parental advisory notice lol.  This is the 1st of 3 albums over the coming days / weeks that I am releasing.

But lets cover a bit more about them: 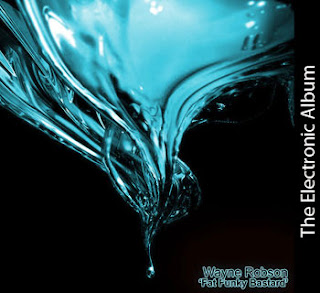 Written and recorded over a period of two weeks a few months back, it also contains a couple of tracks off my next album on there as well.  All Three albums while different styles of music all live in the same 'universe' and revolve around the next album 'The Ballard of Jonas Scrim' .  So Fat Funky Bastard is the music Jonas's son listens to.

This is a very personal album for me as its covers a lot of my background and personal history, some very obvious, some not so obvious and some very much harder to work out.   So the songs are a journey on what went into making 'me' the person I am today.

The album is available on iTunes, Amazon MP3 and Spotify

and getting released very soon:

The Ballad of Jonas Scrim (The Classical Concept album) 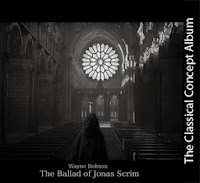 This is hardcore 'proper' classical music and is my most complex work to date.  This is the one I am most proud of.   It accompanies the script about the story of a character called Jonas Scrim, a traditional sculptor who has serious mental health problems.   He goes missing and his son spends the next 20 years trying to find him.  I'll go into more details once this ones released some times before CAVE / AU in Vegas.  So while 'Fat Funky Bastard is what Jonas son listens to in his car when hunting for his father, this is the music that would in theory company the script itself.


Inferno of Bullshit (The Hybrid Album) 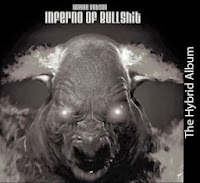 This is a weird one and contains a lot of songs in a variety of different styles and some potentially offensive subject  matter.  This accompanies the other two albums and  expands a little about the world Jonas and his Son live.  Which is a sort of side on view of our own.

Its got everything from hardcore jazz and blues to metal and more experimental combinations. I wont spoil it though.

Basically go and buy it (or if your broke listen to the first one on spotify).  Just remember...play it loud!
Posted by Wayne Robson at 03:05

Its not often that I am involved in a shot that I am 100% happy with, I have pretty high standards for my professional work and while there is never enough time on any project, sometimes things go very right.

For this big reveal shot (and one that made a lot of people squirm) myself, John O Connell and Joe Courtis really pulled out our A game as far as I am concerned. 3D Tracking was by the 'terminator of tracking' Mr Yanko Slavov. (Who I was most remiss in forgetting!)    If you missed the shot then I should be able to share it publicly once the breakdowns have been done after this series of ripper street finishes.  The VFX Sup was Ed Bruce here at screen scene.

But suffice to say its one of those few 'cool' shots that you get to do where there is enough time and everyone is mentally in the right place.   I hope you all enjoyed it. if you missed it or dont live in england, then you'll have to wait until my next reel then :)
Posted by Wayne Robson at 02:09