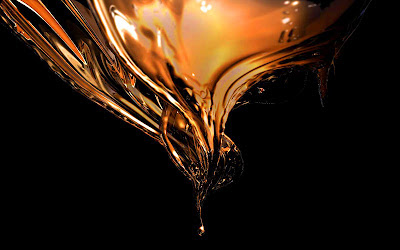 This is just a Mudbox direct screen capture.....it can do magical stuff when you know what your doing with it.

It seems I can show these images now that I did about 3 months back...two from about 8 varations done for a client of liquids sculpted for a drink manufacturer. The 1st image is a direct screen capture of the sculpt in Mudbox...yes a screen capture....really. The second shows a final render done in 3D Max using mental ray with a HDRI created by hand painting in mudbox. 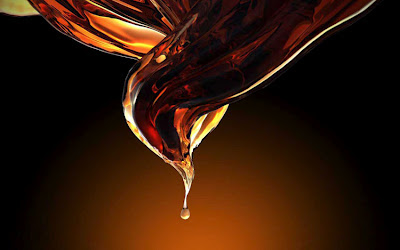 The final render (3D Max and mental Ray) using a HDRI hand painted in Mudbox
The liquids had to match precisely the concept from the art dept with no room for any mistakes or fudges. Got to be the 1st time you've seen a sculpted liquid from me ;)
Posted by Wayne Robson at 14:34

As Monty Python used to say: “...and now for something completely different!”

The last week I’ve been getting back into something else that predates my 3D Career, I’ve started writing and arranging my own music again. It’s been amazing coming back to things and noticing the massive change in music software it the last 10 years or so! Apps that were in version 1 and to be honest a bit crap are now fully featured DAW’s with a feature set I could only have dreamt of back then. I’m still finding my feet and trying to get used to all these software changes, plus I’m treating it in two ways, firstly as a way to relax away from 3d and secondly to write the soundtracks for shorts I have in mind.

These two are dark ambient choral pieces intended as part of the soundtrack for a short film idea I have and to be honest probably not the ideal things to use to learn new music software as is sort of pushed my poor laptop and the software way too hard with so many VST's and fx layers routed in somewhat unique ways. The 2nd is unfinished as the file managed to corrupt before it was done (which is a shame as I liked the final version far better).

But not everything will be dark choral thingies lol.... I used to write in many different styles of music...I recorded and wrote songs I wanted to listen to that I couldn’t find. That’s my rule as it’s the ultimate selfish act to me...I write for me and what I want to hear and no one else.

On the 3D side my main machine upped and died yesterday so I am reduced to my laptop for the foreseeable future until I either fix or replace the main machine. I also now only have the main tower of the model of Durham cathedral complex left to UV map. I had a day off yesterday due to being ill from working too many hours to be frank. But I’ve pencilled in a bit of down time for once this is done and finished. Then its prepping for the Anomaly event in Vancouver and catching up on stuff.