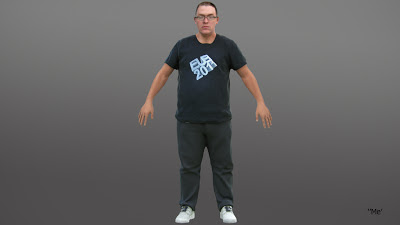 Almost done..... just afew minor tweka to do next week and I'm calling this done.   Yes I am overweight lol.
Posted by Wayne Robson at 05:56

My second album that I have been recording over the last twelve month, is more 'Electronic' and more club friendly.  Fat Funky Bastard was recorded mostly while I was living in Dublin while working at screen scene on the film Last Days on Mars. All but the last couple of tracks were recorded there at 'Apartment 12'.  Some people working there with me at the time may be able to deduce what was going on at work by the titles if they are clever.

Some have rather controversial meanings if you can work out the knotted spaghetti that is my mind such as The Jonestown Massacre that features vocal samples with the murdering bastard himself 'the reverend Jim Jones' to prove exactly how easy it is to twist words.  Others have deeper meaning that may allude anyone but me.... but if the tunes fine then it doesn't mater. ;)   If your interested, I was imagining a sort of 'tarantino-eque' vibe or this one by the way. While 'Kill he Batman' is an attempt to put into music what is going through my head while I sculpt (although not actually killing batman or any other well known superhero lol)

In case your wondering.... the 'Fat Funky Bastard' referred to in the title and the title track is me.   The photo that I used for the cover (as I couldn't be arsed to make a special one...and the 'alternative idea' as a for it to feature a picture of my arse), was taken one  took  a greasy spoon near Stephens green in Dublin to check my camera one Sunday.

There are all sorts of styles and bastard hybrids of electronic music on here.

Again all songs are composed by me, recorded by me, performed by me and I did all mixing adn engineering (as usual). Think of it as a distilled ego trip by a world class control freak lol.

I thought it easier to link both of the two album I have wrote and recorded over the last twelve months in two posts with a single player direct from my soundcloud.  I think of this album as having  halves (lol), as its half 'proper' classical compositions I have wrote peformed and recorded half rock and metal stuff and half crazy stuff.
Again all songs are composed by me, recorded by me, performed by me (apart from the classical vocal bits) even the damn album are work is by me.  Think of it as a distilled ego trip lol.  Although hopefully it show there is a little bit more to me than just being 'Mudbox guy'.