Quite recently Quadspinner released Gaea a next generation terrain creation application.  I'd been lucky enough to be allowed to use a very early version to help out with a troublesome freelance gig I had in at the time and it quite honestly made my life far easier.  Now, as some of you know I've not released commercial tutorials for quite a few years (I lost count of how many I did for various firms including FXPHD etc.....)  So what has changed and why have I released this one?

Its quite simple really, I stopped being excited by any of the recent applications that came out (although I did rather like substance designer and painter when I gave those a whirl.)  Gaea genuinely excites me and more importantly makes me WANT to work in it.  Its the same feeling I got with Mudbox and Zbrush many years back. In fact the title of the tutorial is a tribute in a small way to my very first DVD tutorial 'Mudbox:: A Practical Guide'

This will be the 1st in a series of tutorials in increasing complexity that will be coming out.  This tutorial covers GAEA in its entirety, covering every node and with a  number of examples as we progress. There are also two projects, a simple 'get you started making something that looks cool one' and a far more complex one for you to get your teeth in.

It runs at 3 3/4 hours long and can be bought right now form gumroad, or if you prefer, for the next 2 days only you can buy directly from me (and as a result get £5 off the asking price).

So spread the word of this amazing application and maybe even buy the tutorial ;)

If you would like to buy it diret fomr me for £20 then simply use the following Paypal.me link and once I have the money I will send you a direct link to the tutorial videos and files:

A quick video I did explaining about it...

All the following images are just direct screenshots from the GAEA interface and not proper renders. 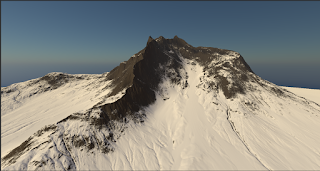 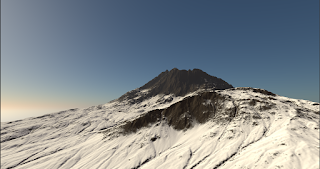