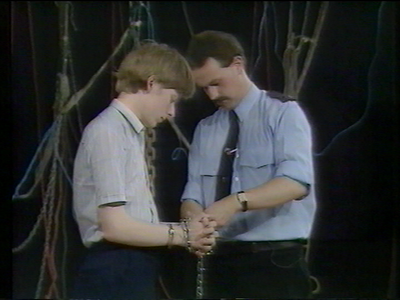 You know I've been promissing those interested in my life before 3D some actual proof that I wasn't making up the fact I worked all over the world as an escape artist for a long time now over a decade in fact. (I only stopped due to a health problem that made it dangerous...well more dangerous.) So as I spent till 4am converting from old VHS one of the tapes of tv apearances I have to AVI here's a few screen grabs. I've lost count of how many people have asked about this over the years both in person and in interviews...so here yougo...better late than never..... Up till now not even close freinds in 3D knew much about this period of my life. 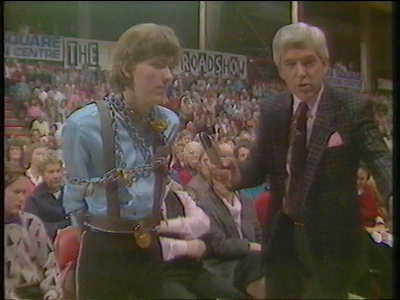 a thing with Tom o Connor

As this was long before the internet and back starting in 1987 for the 1st screen grab (I dont have a recording ofmy 1st time on TV aged 11), the only stuff about me as an escape artist online is what I have put there...ie next to nothing. Thus proving that things are infact still true even if you can't find out about them on the internet lol. 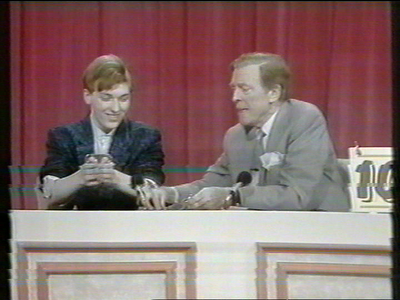 Last but one show Eammon Andrews ever did before he died.
Why am I converting them? Well the tapes are degrading fast and I want to have a record of all the things I achieved back then for my kids,and maybe one day decades for now... grandkids. Plus I'm also proud of what I managed to achieve back then. Maybe I'll stick one or two of the old tv spots up at some point..... but either way I'd sstill be embaressed to hell to see myself aged 14 onwards online lol. 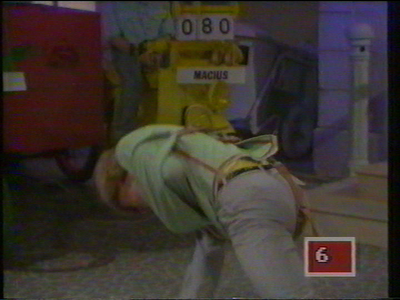 ...Oh and here's a few of the hundreds of press clippings of mine I have from back in the day....many are missing though :( 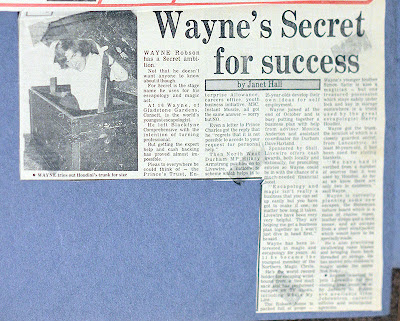 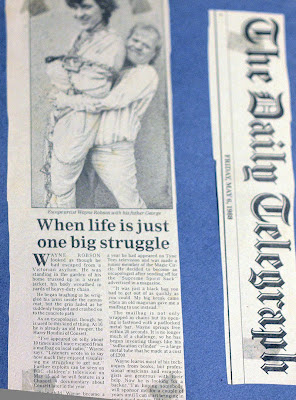 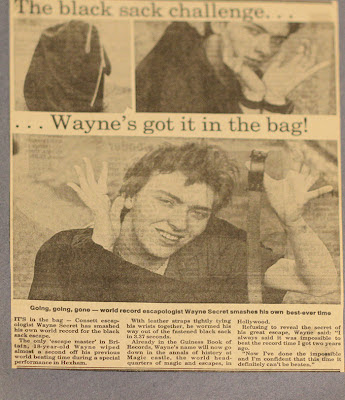 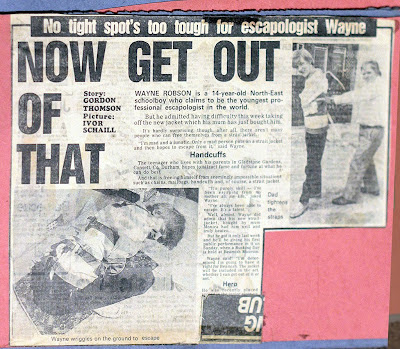 So there you go...that should do you all for a while.

Got to say the reaction to this has been off the scale lol. Now I realise its far more interesting to others than it is to me. So I'll answer the more common questions from today so I dont type them out a zillion times....

Now obviously I dont want this to take over from the art side as to be blunt I've been doing it far longer part of my life now. But I did promise rather a lot of people over the last decade or so to show some of this stuff.....just took me a decade to find the bloody time to actually do it thats all lol 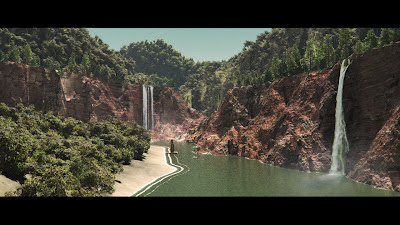 Waterfalls and all elements added...still a work in progress though ;)

Update to the 3d scene from the MOD302 '3D Digital Environments' course I'm giving at FXPHD this term, this is from week 5 (next week) and sort of a teaser. Unfortunately I can't show the animation I've ran a test render on, but I have to say that it looks very nice with those waterfalls added. Although it was sort of a cheat render as using a still for the scene elements so I can test the waterfall integration. 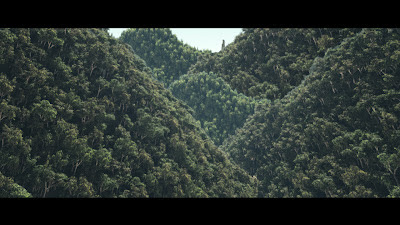 10 min cheats can be fun

Also as I had the elements lying around as a result of the above I knocked out in 10 mins the following crazy trees render....for shits and giggles. There is a rather obvious problem with the above shot if you can spot it and no its not the girls scale...any smaller and you'd not see her and think she was a branch lol 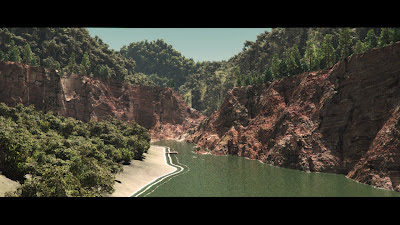 No waterfalls yet....(there will be two)
A couple of mattes, the 1st is a late work in progress for my next couple of FXPHD classes. Its been nightmare to do as I'm seriously pushing Vue way beyond what it is designed for. Although people in the class won't need to, as I'm the only bugger who has to be able to load it all into one scene so you guys know what your aiming for lol. The final scene will be split across 3-4 scene files and composite. 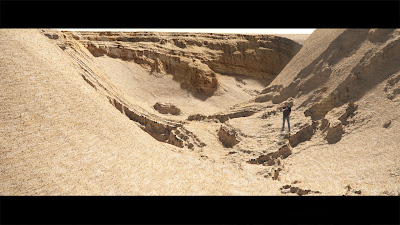 This is just begging for a caption lol

and the other a mess around..... its a full 3D matte thats got my old mate Joep Van der Steen in it comped from a photo from EUE lol. See now its either begging for a caption or something added on the left on that sand bank lol.
Posted by Wayne Robson at 15:45